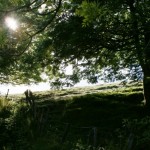 The name Wicklow comes from the Viking “Wykynlo” or “Viking’s Loch” referring to the town of Wicklow, one of their favourite bases on the Irish coast. The Gaelic “Cill Mhantáin” translates to the “Church of St. Mantan”. From the border with county Dublin, the mountains cover the middle and west of the county, running south to the Wexford border. The highest point is Lugnaquilla at 926m. Rounded during the last Ice Age, the hills are smooth with granite bases and shiny schists poking through, to give them a wonderful silvery light. The Ice Age also produced wonderful deep valleys – Glenmacanass, Glenmalure, Glendalough, which run northwest to southeast, providing not only wonderful views but also plenty of legwork for the aspiring walker! Good pastureland forms the east of the county to the relatively gentle coastline. The train journey from Dublin follows the coast before turning inland at Wicklow town to Rathdrum and the lovely Vale of Avoca.

The total route is 132km and was the brainchild of a Dublin hill walker J.B. Malone, as early 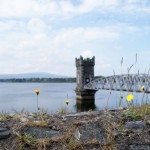 as 1966. The Way opened in 1981 and is one of the best managed routes in the country, thanks to the Wicklow Uplands Council and local landowners. It is a pleasure to walk, well signposted, with rougher sections of the track graded to prevent erosion. The central section is covered by the Wicklow Mountains National Park – its headquarters are in Glendalough and worth a visit. The route follows on occasion the Military Road, constructed by the British in the early 19th century to gain access to the lower regions of the county and the Irish rebels hiding within! 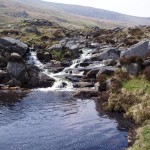 The Way uses forest paths and minor roads in places to avoid walking on private land. However, it is little enough not to detract from the superb scenery, rugged narrow valleys and spectacular mountains. The route doesn’t pass through many towns or villages, so most of the day to day walking is remote. Approximately 20% of the route is on tarred roads.

We offer the Wicklow Way from south to north, starting in the lower farming countryside and working up to the higher hills. This also allows for an easy transfer back to Dublin city at the end of your walking tour. We also suggest several optional mountain routes to extend the itinerary. Please follow these with care and caution, as they are not Waymarked.

The 8-day tour consists of 6 full days walking and covers almost the entire length of the walking route from Tinahely to Enniskerry. The complete route can be completed in an extra day from Enniskerry to Marlay Park (a southern suburb of Dublin and the official ending point of the route).

The 10-day tour starts at the southern end of the Wicklow Way in Clonegal, Co. Wexford and offers two free days; one to explore the Glenmalure Valley, including an ascent of Lugnaquilla for the experienced hiker, and another to enjoy the many attractions in and around Glendalough.

The 6-day tour is an abbreviated tour taking the best of the walking routes from Glenmalure to Enniskerry. 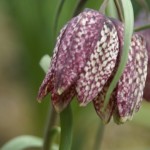 * Take an extra day or two to explore Dublin, Ireland’s capital city, an exciting blend of old and new. Within walking distance of the each other are the grand regency buildings of the old port city; Custom’s House, Dublin Castle, Trinity College and the new glass and concrete of the financial district on the redundant docklands site. Down the street the residential façade of Georgian Dublin surround the oases of city squares. And don’t miss the National Gallery! 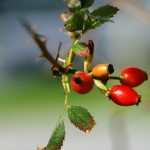