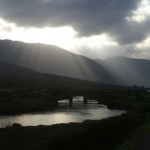 The Kerry Way is a long distance walking route of 215km (135 miles) traversing the Iveragh Peninsula (Ring of Kerry) in the southwest of Ireland. Starting and finishing in Killarney, The Kerry Way is Ireland’s one of the first Waymarked long distance walks and features remote valleys and expansive coastline providing varied and interesting walking.

The Iveragh Peninsula or Ring of Kerry, the second of the five southwestern peninsulas, is the more popular tourist driving route. You will be walking across it as well as around it and only occasionally will you meet the mainstream tourists.

The north side of the peninsula mirrors the old red sandstone of the Dingle Peninsula, gradually changing as you venture south to the limestone crags of the Beara Peninsula. Long sandy beaches on the north side,give way to rocky inlets and coves. The climate is warm and temperate, allowing sub-tropical plants to flourish.

The glaciated Lakes of Killarney have been long famous as a tourist destination and are the centre of the Killarney National Park, home to native oak woods, birch, beech and one of the last remaining herd of red deer. Since their introduction from Norway in 2008, it is also now home to breeding white tailed eagles. Three chicks were hatched in 2013. 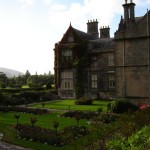 The section through Killarney National Park is composed of well-formed trails, footbridges, graded paths and plenty of Way marker signs. Beyond the Park boundaries, trails become sheep paths, old droving and butter roads and formed forest tracks. Modern recycled plastic Way markers and stiles are interspersed with wooden signs, which date to the original marking of the route. There are no great ascents but there are some long and challenging days. This is not a route for the faint hearted, or the first time hiker!

The 12 day tour consists of 9 full days walking on the complete route starting and finishing in Killarney. The tour starts through remote Black Valley to Glenbeigh via Glencar. It then follows the northern coastline to Caherciveen before turning south to Waterville and then following the spectacular southern coastline through Sneem to Kenmare. The route finsihes by ascending from Kenmare and descending to Killarney through Killarney National Park. A free day at the western end of the peninsula can be used to explore Valencia Island or to visit the magnificent Skellig Islands.

The 8-day tour is an abbreviated tour that starts at Glenbeigh and follows the full route from Glenbeigh to Killarney via Caherciveen, Waterville, Sneem and Kenmare. 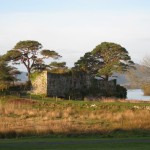 *Extra night in Derrynane to walk the lovely Abbey Island and Derrynane Mass Path. An explosion of sea blues, orange montbretia, purple heather and yellow gorse. Gorgeous.
* Take a extra day in the buzz of Killarney. Ten minutes from the hustle of a busy town are the beautiful mountains and lakes of the Killarney National Park. Take a shuttle bus to Kate Kearney’s Cottage, walk through the Gap of Dunloe, and drift slowly down the Upper and Muckross Lake by riverboat to the 15th century towerhouse Ross Castle. 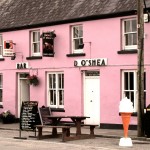 * Spend an extra night in the village of Waterville and take a trip to the UNESCO World Heritage site, the Skellig Islands. Climb the stone-carved steps to the 5th century monastic remains and cruise past the sea bird colonies on the Little Skellig.
* Or spend some time in Kenmare, a colourful market town, carefully designed by the early Lords of Kerry at the head of the Kenmare River. Climb Mucksna Mountain overlooking the town and bay. Or walk the Kenmare Heritage Trail to see the prehistoric stone circle.

* Cork and Shannon Airports are the most convenient for this route, with a bus/rail transfer to Killarney and a local bus transfer to Glenbeigh.
* Kerry Airport is 20 minute shuttle bus ride  from Killarney town.