The Sheep’s Head Way is a long distance walking route traversing the 4th of the five peninsulas in the southwest of Ireland. Sheep’s Head Peninsula, or the ancient name of Muintir Bháire, the people of Bháire, is in southwest of county Cork, Ireland’s largest county. Following old tracks and roads, the route starts and finishes in Bantry and takes you to the actual Sheep’s Head at the tip of the peninsula. 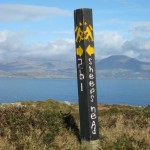 It must be the least visited part of Cork and this contributes to the wonderful presence of such a unique place. Bordered by Bantry Bay to the north and Dunmanus Bay to the south, a narrow spine of mountains culminates in Seefin Hill at 345m. The route is always in view of the mighty Atlantic with pockets of temperate climate to harbour flora & fauna. Expect also to see the remains of an old copper mine, a blow hole, stone circles, standing stones, high cliffs, a Napoleonic signal tower and old churches.

The Sheep’s Head Way officially opened in July 1996. The elevation varies from sea level to 345m; there are a couple of hard climbs but it is primarily a ridge and shoreline route. The terrain varies widely, making the walk a moderate rating. The route is very well marked with numbered waymarkers. Accommodations on the Sheep’s Head warmly welcome and look after our walkers exceptionally well. 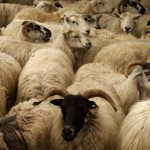 The 8-day tour consists of 6 full days walking. From Bantry the route proceeds through the grounds of 17th century Bantry House, continuing in an anti-clockwise direction along the northern coastline of the peninsula to Sheep’s Head at the western tip. The route then follows along the southern shores with the final day from Durrus to Bantry town through old forest paths. 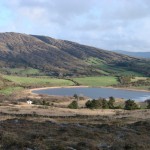 * Explore Cork, Ireland’s second largest city. The city was granted a charter in 1188 and is a hub of hilly lanes awaiting exploration. The city is dominated by the spires of St Finbarre’s Cathedral, the Shandon Bell Tower and the graceful limestone buildings of the University.
* Extra night in Bantry, the market town of West Cork. Bantry is home to a modest fishing fleet and the relics of a naval based history, including the excellent Bantry 1796 exhibition. 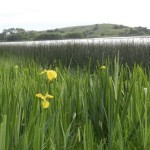 * Cork Airport is the most convenient for this tour. 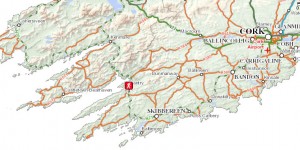 The landscape was wonderful, the weather fine and our hosts just marvelous – every single one of them.”

I met wonderful and warm people wherever I went, especially the people of the B&Bs. “