Ireland is an island on the north-western fringes of the European mainland. From Malin Head in the north to Mizen Head in the south is 486 km and its greatest width from east to west is approximately 275 km. 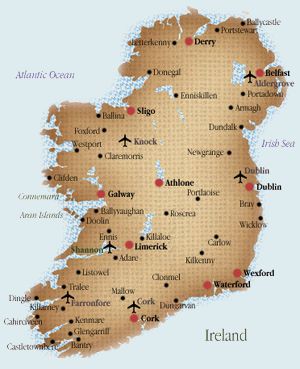 From earliest tribal times the country has been divided into four provinces – Leinster, Munster, Ulster and Connaught. There are 32 counties in total. The independent 26 county area of the Republic, (70,282 sq. km population 3.9 million), and Northern Ireland part of the United Kingdom, contains 6 counties, with a population of over 1.5 million. Ireland is a member of the European Union (EU). 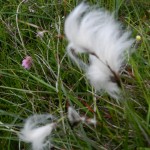 For a 95% majority of the people in Ireland, English is the first language in everyday use, but a quarter of the population claims to have a “cupla focal”, conversational words of Irish. Study of the native language is compulsory throughout primary and secondary education. Irish (Gaelic) is spoken in the Gaeltacht areas, which are primary Irish speaking areas found along the areas of the west coast; the Dingle peninsula, Connemara & Donegal and in some very small areas in mid and west Cork, Waterford and Meath. 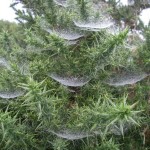 Due mainly to the North Atlantic Drift, Ireland enjoys a mild all year round climate. The country suffers neither extremes of heat and cold. Weather can be somewhat unpredictable, but rarely challenging! The west has a higher rainfall than the east, due to its proximity to the Atlantic and the prevailing south-westerly wind. The rainfall and the rich soils, particularly of the midlands, account for the country’s green appearance. 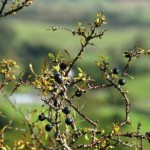 Ireland’s tourist attractions include the relaxed atmosphere and famed friendliness of the people, a healthy environment and stunning scenery. Coupled with the internationally recognised historical and literary associations, this makes the country a destination with a lot to offer for such a relatively small island.

Sample the delights of Dublin city – one of Europe’s most “happening” cities, with its own Latin Quarter, Temple Bar. Soak up the history of the nation’s capital from the Vikings to Georgian Dublin and beyond (The National Museum, The Book of Kells, Christchurch and St. Patrick’s Cathedrals are all definite places to see), and then trace the past at some of Europe’s most important archaeological sites – Newgrange, The Hill of Tara or Glendalough, for example. Or get away from it all on the west coast – Connemara, The Burren or The Ring of Kerry. Whatever you do and wherever you go, Ireland’s culture is legendary, as is the “craic”, or atmosphere found in the many pubs around the country. You are also never far from a friendly hotel, restaurant, bed and breakfast or hostel. Good food and accommodation are well catered for in Ireland, as are the many walkers, back-packers, golfers and anglers who regularly make it their number one destination, year after year. 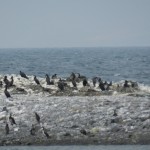 Transport in Ireland is mainly by road and traffic density is low by European standards. Despite some traffic congestion in and around the major urban centres, most roads are relatively clear. The railway network now comprises 2,300 km of track with Dublin as the main hub. The principal seaports are on the east and south coasts, including Larne, Belfast, Dublin, Dun Laoghaire, Rosslare, Waterford and Cork. The main international airports are at Dublin, Belfast, Shannon and Cork. Air services operate to the principal cities of the UK and Europe, with Shannon being the main centre for transatlantic traffic (from the US and Canada). The national airline, Aer Lingus, carries more than four million passengers annually. Aer Arann and the budget carrier RyanAir offer regional services between provincial and capital airports.

Ireland is easily reached from Europe and North America. Click here for airlines flying to Ireland from U.K., European and North American cities. Each tour itinerary indicates the most convenient arrival point.

There are other airports in Ireland, including Sligo, Galway and Donegal. We will make sure that you arrive at the best location for your walking holiday, whether by land, sea or air. 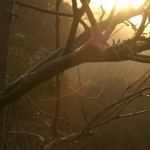 Ireland’s physical geography is dominated by mountainous regions around the coast, and low plains in the midlands. The old Caledonian mountain range, extending from Scandinavia through Scotland to the north and west of Ireland, gives rise to the rugged, mountainous landscapes of Counties Donegal, Mayo and Galway. Peaks include Errigal (752 m) in Donegal, Croagh Patrick (765m) in Mayo and the Twelve Bens in Galway.

The Wicklow and Blackstairs in Leinster (east) are also part of this mountain range. Erosion has exposed a granite core and formed peat-covered uplands. The mountains are scarred by deep glacial valleys such as Glendalough in County Wicklow.

The younger structures are Armorican, extending from central Europe through Brittany to southern Ireland, where they appear as a series of east-west sandstone ridges separated by limestone or shale-floored valleys. Ireland’s highest mountain, Carrantouhill (1041 m) in the Magillycuddy Reeks of Kerry, is part of this range, which also features the famous Lakes of Killarney. The numerous valleys and peninsulas of Cork and Kerry are also a result of this physical geography.

In north-eastern Ireland, basaltic lavas in Antrim give rise to such features as the Giant’s Causeway. The midlands is a limestone-floored lowland. Notable features of this are the rich grazing pastures, raised peat bogs (Bog of Allen) and the Plains of the Curragh. To the east, this lowland area reaches the sea, and to the west extends to the Atlantic Ocean along the Shannon Estuary, Galway Bay, Clew Bay and Donegal Bay. One notable mountain range in the midlands is the picturesque Slieve Bloom. To the west, County Clare boasts some of the country’s most spectacular scenery – not least the barren limestone karst of the Burren and the stunning Cliffs of Moher.

The lowland region is drained by numerous rivers, the largest of which is the River Shannon (340 km in length). Several attractive lakes are to be found along its course, including Lough Allen, Lough Ree and Lough Derg. Several smaller rivers flow eastwards, including the Lagan, which flows through Belfast, the Liffey, through Dublin, and the Slaney, through Wexford. In the south of Ireland, the valleys have conspired to send rivers like the Lee and the Blackwater on an angled journey to the Irish Channel. 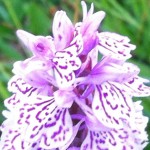 Ireland’s famed “Emerald Isle” tag is a result of the abundant grasses that thrive in the mild, moist climate. Tree populations suffered in earlier history much as they did in other parts of Europe, although some fine examples of ancient woodland still exist, such as that growing around Killarney. The flora, although more limited in variety than elsewhere in Europe, has some interesting features. Mediterranean influences can be found in Cork and Kerry, and the Burren in Clare is host to some of Europe’s finest specimens of Arctic-Alpine flora. Mosses and lichens common in the woodland regions reflect both the climate and Ireland’s atmospheric cleanliness.

Ireland’s animal life is not as diverse as that on the continent. However, it is renowned as a wildlife haven for many creatures, including Grey and Common Seals which breed around the coasts. Whales and dolphins visit coastal waters, and the sea teems with a variety of fish. Ireland’s mammals include the Red Deer, Pine Marten, Badger, Otter, Hare and Stoat, all of which are native to the country, as well as introduced species such as the Fallow Deer and the Rabbit. Ireland’s only reptile is the Common Lizard and there are three amphibia, the Common Newt, the Common Frog and the Natterjack Toad.

Fishing in Ireland is a major attraction; the rivers and lakes have stocks of Salmon, Trout, Perch, Pike, Eels, Roach, Rudd, Bream and Tench. Over three hundred and eighty species of wild bird have been recorded in Ireland, and there are many important reserves and sanctuaries of note in the country. Most species of wild animals and all wild birds are protected under the 1976 Wildlife Act. In addition, sixty-eight species of native flora are covered by 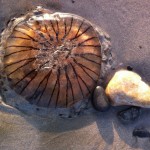